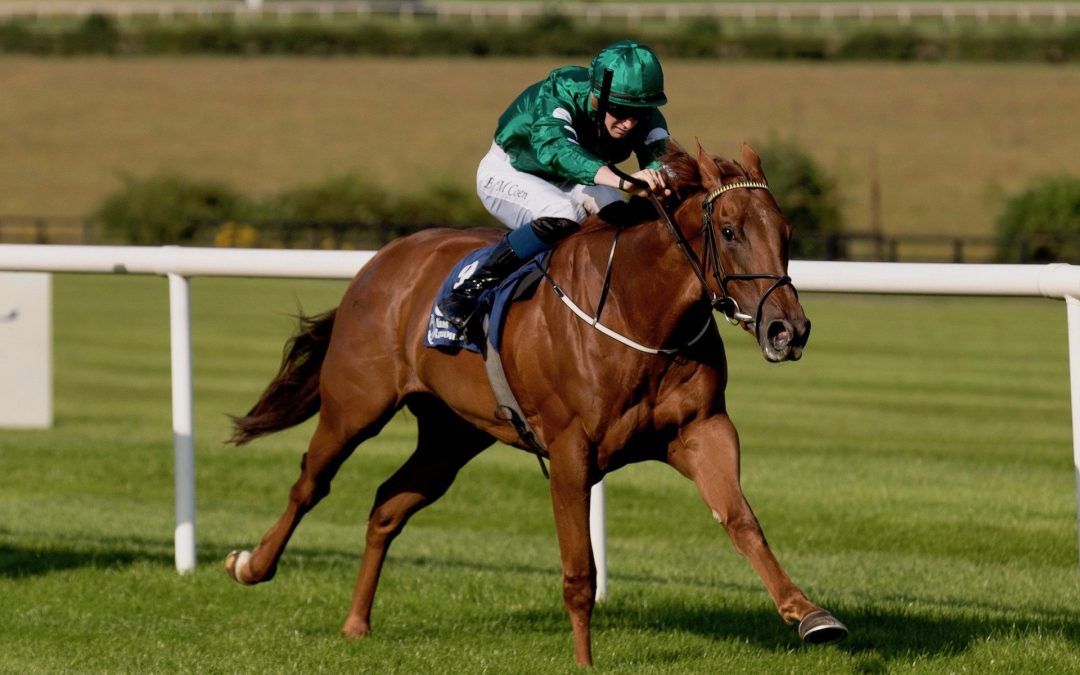 Fourth on debut before breaking her maiden at Tipperary last month, the Johnny Murtagh trained filly travelled just behind the leaders and powered clear to win by more than two lengths.

“Ladies Church has improved a fair bit for her Tipperary win. I think she will get six,” said winning rider Ben Coen.

“She picked up well and even idled a bit when she got there. I like her, I think she’s smart, and I think she can only get better.”

Purchased for 160,000 pounds from the Goffs Orby Yearling Sale by her trainer and Peter Nolan Bloodstock, Ladies Church made 62,000 guineas at the Tattersalls December Foal Sale the year before.

Ladies Church is the first foal for stakes-winning Rio de la Plata mare Rioticism and is the first stakes-winner among eight Northern Hemisphere first crop winners for Churchill, who will have his first Australian runners next season.

A brilliant miler that won four Group I races at two and three, Churchill returns to Australia this spring at a fee of $22,000.

His top seller was a colt from Heaven’s Touch that made $250,000 at Magic Millions when snapped up by Anthony Freedman Racing/Blue Sky Bloodstock P/L.